The Steering Committee supports the vision and goals of the John Edwin Mroz Global Leadership Institute. Its role is non-fiduciary and it serves as a primary advisor to the Bennett Director of the Mroz Institute. 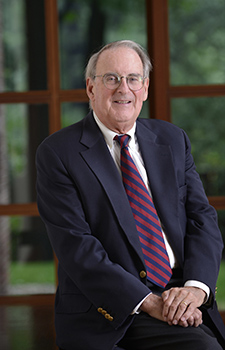 Jonathan F. Fanton, Ph.D. served as president of the American Academy of Arts & Sciences from 2014 to 2019. Prior to that Fanton held the position of interim director of the Roosevelt House Public Policy Institute at Hunter College from 2009 to 2014. He previously was president of The John D. and Catherine T. MacArthur Foundation from 1999 to 2009 and for 17 years was president of The New School for Social Research. Earlier, he was vice president of Planning at The University of Chicago. Fanton holds a Ph.D. in American History from Yale University, where he taught and was special assistant to President Kingman Brewster.

In addition to his leadership in organizations, Fanton has served as board chair for several organizations, including Human Rights Watch, the Security Council Report and the New York State Commission on Independent Colleges and Universities. He currently serves on the boards of Scholars At Risk, the Asian Cultural Council and the Benjamin Franklin House. 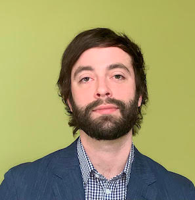 Vincent Fraley directs communications for the College of Charleston Libraries. Prior to joining the College in 2017, Fraley authored the Philadelphia Inquirer’s syndicated weekly column, Memory Stream, and served as communications manager for the Historical Society of Pennsylvania, one of the nation’s largest independent research libraries. Previous positions include library coordinator at the University of Pennsylvania and digital projects assistant at Villanova University.

Fraley’s scholarship on the cultural history of bicycles and the sport of cycling appears in publications from Rutgers University and the University of Pennsylvania. His editorials have been published in newspapers across the country, from the San Francisco Chronicle to The Providence Journal, and he has provided commentary to the Washington Post, Voice of America and PBS’ Finding Your Roots and Who Do You Think You Are? 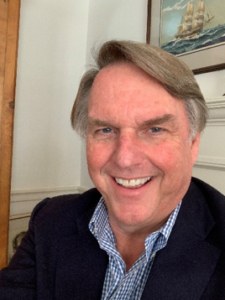 Larry Gillespie was with The Coca-Cola Company for more than 32 years primarily in customer management, marketing and operations. Most of his positions were U.S. based and in one position he commuted to Latin America for five years. In the last third of his career, Gillespie worked extensively with the McDonald’s account, which is the largest global customer for Coca-Cola. His last position was vice president of Supply Chain, Operations and Business Development for the McDonalds U.S. Division (13,000 restaurants). After he retired and moved to Charleston, Gillespie opened an Italian leather retail store with its first U.S. location.

Gillespie is currently a community volunteer who is serving on the Boards of the Gaillard Center, Historic Charleston Foundation, Charlestowne Neighborhood Association, Center for Drug and Alcohol Programs (at Medical University of South Carolina) and the College of Charleston School of Languages, Cultures, and World Affairs. He also serves as a mentor for the Schottland Scholars at the College of Charleston.

Gillespie is a native of Wilmington, Delaware and grew up outside Pasadena, California. He attended Furman University in Greenville, S.C., and began his career in Auckland, New Zealand following school. 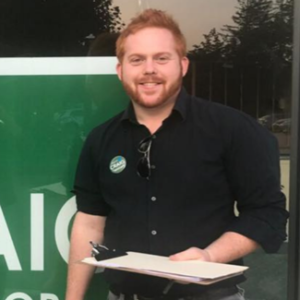 Theo Groh studied at Franklin University Switzerland, and Saint Anselm College, where he graduated with a B.A. in politics. He also holds a Master’s in digital marketing and design from Brandeis University. After several years working in campaign politics and nonprofits, Groh started working in digital marketing. He is now a partner at Wheelhouse Web Solutions, a digital marketing company he co-founded with his two business partners. Wheelhouse provides custom web, communications and marketing services to a range of different small businesses, political and nonprofit clients. Groh also volunteers as the director of a statewide program in New Hampshire that recruits, supports and trains young people running for state and local office. 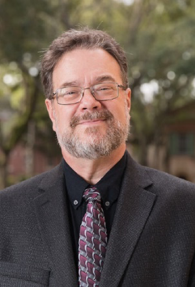 Tim Johnson, Ph.D., was appointed dean of the School of Languages, Cultures, and World Affairs in 2018, after serving as interim dean the previous two years.

Prior to his appointment as dean, Johnson served as professor and chair of the Department of Classics, a position he held since coming to the College of Charleston in 2011. Before joining the College, he was a member of the faculty at Truman State University, Baylor University and the University of Florida. He holds a doctoral degree in classical philology from the University of Illinois and also studied at the University of Kentucky and the University of Pennsylvania. A specialist in Classical lyric poetry, his research is centered on the relationship between literature, politics and community. He has authored award-winning books on the Roman lyricist Horace, A Symposion of Praise: Horace Returns to Lyric in Odes IV (University of Wisconsin Press) and Horace’s Iambic Criticism (Mnemosyne Series, Brill), which have established him as a leading international voice in Horatian studies. Along with scholarly journal articles on poets of the Augustan period, Johnson has been a member of editorial boards for Classical Journal and Bryn Mawr Classical Review, and served as editor for a special issue on Homer for Classical World and for the Religious Studies Review, publishing more than 900 book reviews.

Johnson has studied internationally at the Vatican Library and lived in Rome. He has frequently led study-abroad programs in Rome and southern Italy as well as Greece. 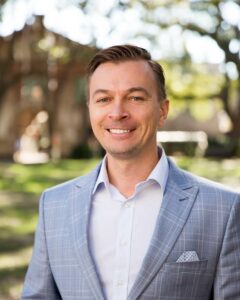 Max Kovalov, Ph.D., is the Marshall and Arlene Bennett Director of the Mroz Global Leadership Institute. He joined the faculty at the College of Charleston in 2014 where he is a visiting assistant professor in International Studies. He teaches courses on international studies, comparative democratization and international diplomacy. He is a faculty advising fellow for the Honors College and directs the College’s Model UN program.

Kovalov earned his Ph.D. in political science from the University of Oklahoma in 2013. In 2002-2004, he received the Edmund Muskie graduate fellowship awarded by the U.S. State Department. He holds a B.S. in business administration from Vinnytsia National Technical University, Ukraine.

Kovalov’s research focuses on democratization, politics of memory, populism and political institutions in post-communist states. He has published on Eastern European politics and presented at national and international conferences. His current research project is on decommunization, renaming of streets and collective memory in Ukraine. 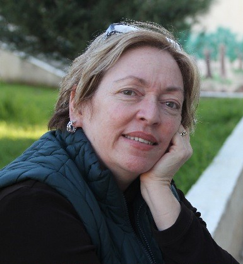 Karen Linehan Mroz’s career includes both nonprofit and for-profit experience in business, education and philanthropy with a primary focus on education and woman’s empowerment in the Middle East.

As president of the Middle East Children’s Institute (MECI), she developed programs in the West Bank and established an education program for Syrian refugees and underprivileged children in Jordan. MECI operated unique comprehensive community programs that included children’s education, women’s empowerment and entrepreneurship, as well as community development. Prior to MECI, Mroz was the founding executive director of Friends of UNRWA-USA, a national nonprofit established to raise public awareness of and private funds for more than five million Palestine refugees under the United Nations Relief and Works Agency (UNRWA). She spent considerable time in refugee camps and UNRWA facilities for Palestine refugees in Gaza, the West Bank, Syria, Lebanon and Jordan.

Mroz was a program officer for strategic events and communications with The Goldman Sachs Foundation. At the Foundation, she was responsible for the development of the Goldman Sachs Global Leaders Program (GSGLP) and the annual GSGLP University before joining the Institute of International Education. Mroz was elected a member and vice chairperson of a public board of education in Massachusetts focusing her efforts on special education initiatives. She also was a coach for Fortune 500 executives with David Allen, a global productivity specialist and creator of Getting Things Done (GTD).  More recently, she chaired the Executive Committee of LIFE@Elon, a lifelong learning program at Elon University, and serves as president of local homeowner boards in the North Carolina area.

Since 1980, Mroz participated in the creation and development of the EastWest Institute (EWI) with her late husband, John Edwin Mroz, EWI’s co-founder and CEO. Since 2014 she was a member of EWI’s Board of Directors and Executive Committee. 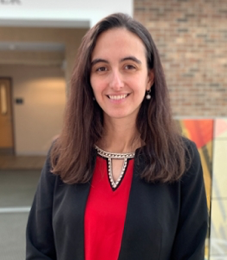 Beatriz Maldonado, Ph.D., is an associate professor of economics and international studies at the College of Charleston. Her research is broadly focused on international political economy and development with a regional emphasis on Latin America. She’s interested in political institutions, conflict and how women, especially female leaders, make and influence decisions. Maldonado’s research has been published in the European Journal of Political Economy, Oxford Development Studies, Applied Economics Letters, Social Science Quarterly and Journal of Economics, Race, and Policy.

Maldonado was born in San Juan, Puerto Rico and later moved to Oklahoma. She studied at the University of Oklahoma where she received her B.A, M.A. and Ph.D. in economics. 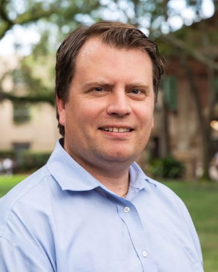 Prior to coming to the College of Charleston, Pehl was a visiting instructor in political science and international relations at the College of Wooster in Ohio. In 2007/2008, he held a visiting fellowship at the Center for the Study of Democracy of the University of California (Irvine). He has also held visiting fellowships at the German Institute for Global and Area Studies (Hamburg), the Centre de Sciences Humaines (Delhi) and an ASIANETWORK/Mellon Faculty Enhancement Fellowship.

Pehl’s main research interests are democratization, political parties, electoral and coalition politics, development issues and federal power-sharing with a focus on South Asia and also on Germany in comparative perspective. Apart from his academic interests in these issues he has previously worked as a consultant on South Asia-related projects for Germany’s Federal Ministry of Economic Cooperation and Development as well as the educational organization of the German Trade Union Confederation (DGB Bildungswerk). 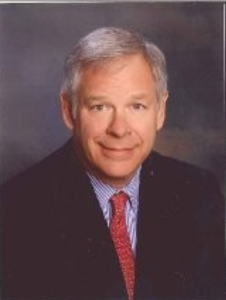 Hilton Smith is the president and CEO of East Bay Co., LTD, and president and CEO of various real estate development and home building companies in Maryland, West Virginia and South Carolina. He graduated from Georgetown University with a degree in international finance and began his career at the World Bank in international finance. Smith joined his father-in-law, William Murray, at East Bay Company in the late 1970s and has been president since 1998.

Smith serves on the boards of the Oliver S. and Jennie R. Donaldson Charitable Trust, Spaulding-Paolozzi Foundation and Hollings Cancer Center of the Medical University of South Carolina. He previously chaired the South Carolina Aquarium board and is chairman emeritus. He also served on the Board of the EastWest Institute.

Smith received an honorary Doctorate of Humane Letters from the College of Charleston in 2017. The couple have two sons and three granddaughters and reside in Charleston, S.C. 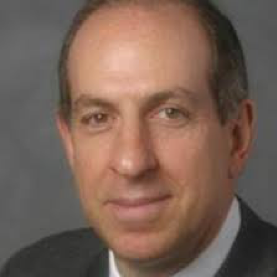 Before joining MBIA, Sonkin was a senior partner at the international law firm, King & Spalding, where he was co-chair of King & Spalding’s Financial Restructuring Group and a member of the firm’s Policy Committee. He has more than 40 years of experience in U.S. and international bond issuances, corporate reorganizations and debt restructurings and has served as a court-appointed examiner. In particular, Sonkin has played a significant role in numerous municipal, utility, insurance, airline, healthcare debt and international debt restructurings including the Anglo/ French Euro Tunnel debt reorganization.

Sonkin has lectured and served on panels on such topics as distressed debt trading, utility restructurings and life insurance company reorganizations. Prior to joining King & Spalding, Sonkin was senior partner and co-chair of the Financial Restructuring Department at the Wall Street law firm of Cadwalader, Wickersham & Taft.

Sonkin was a founding director of the East West Institute and served on the Board as a director, corporate secretary and legal counsel over several terms totaling 15 years and thereafter as a director emeritus.